A Kenyan man is fighting for his life after his head was nailed by an angry mob. The poor man was caught sleeping with another man’s wife in lodging when the unexpected happened.

Two nailed were ruthlessly pushed past the man’s skin until they penetrated his brain. All this was done by a man whose wife was sleeping with the victim. The now sickly man is fighting for his life in ICU and the nails are still stuck inside the head.

The photo is scary but is enough warning for men who don’t respect other people’s marriages. 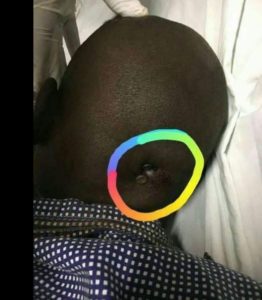