John Nyagarama is currently admitted at a US hospital for a disease doctors have failed to disclose to Kenyans. The governor travelled to US several months ago leaving the county in the hands of his deputy Amos Nyaribo.

According to one family source, the governor developed issues with his throat and over time he lost his voice. His condition got worse in April 2018 when he could not communicate with a clear voice. A doctor in Nairobi recommended treatment abroad.

Currently, the governor’s condition is stable but he is receiving treatment and chemotherapy.

The governor might stay in the US for at least six months after he had undergone surgery.Meanwhile,his deputy will continue executing duties as the governor. 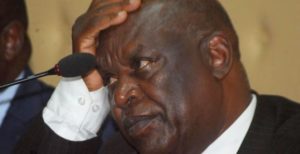