The video of Wajir Woman Rep Fatuma Gedi is fake.

After we carefully analyzed the video, we concluded:

The woman in the video has tatoo drawing on her left hand. Since when did Fatuma Gedi had tatoo?
2. Look at her nails,they have white cutex. Cutex is what non-somali women put on their nails. Somali women usually put on henna—black or red.
3. Fatuma Gedi is the Women Representative of Wajir County. For argument sake, let’s say she is the person in the video. If it’s true, why would she allow to be  recorded on mobile camera?
4. The voice in the video is a voice-over and that’s not even worth our time.

So far, the person who allegedly “leaked” the video is under arrest. At the moment, Fatuma Gedi is in Djibouti where she’s attending a regional forum and is expected to respond to the video when she returns. 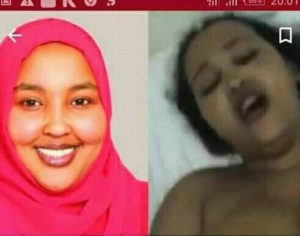