Explosion and gunfire has been reported at Riverside Road, Duait Hotel in Nairobi. It’s reported that two vehicles arrived at the hotel but only one managed to be driven past the main gate.Eye witnesses say one of the vehicles exploded at the gate .

Recce squad and other security officers have joined the rest of Kenyans in combating what is believed to be a terrorist attack.

Here are the photos from the scene 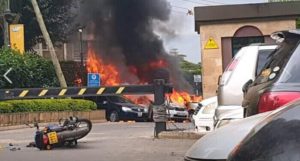 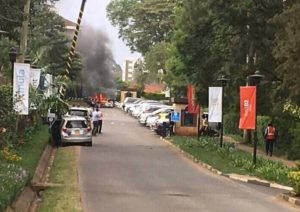 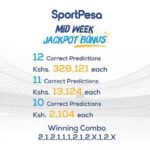 January 18, 2021
Ksh 20 million is not small amount especially this January when people are broke---this is the money Mozart...

January 18, 2021
Ligibet is the best jackpot to bet for in Kenya today and is one of the easiest jackpots...

January 18, 2021
Sportpesa Mega Jackpot result for last week is out and winners have been announced. Unfortunately, nobody managed to...

January 12, 2021
It’s good to try your luck in jackpots and Sportpesa is one of the jackpots to bet for.There...

January 16, 2021
Today we have accurate Sportpesa Mega Jackpot predictions for our subscribers. The major target is to win Ksh103.8...