A witch was caught red handed in Kisii yesterday night while naked as a cockroach. The witch, who is identified as Mariera was running up and down near Mobisa’s compound.Mobisa’s wife felt pressed and she went for a short call only to see a man running in a lightning speed as he threw legs in different directions.

Mobisa’s wife shouted and screamed in fear, neighbours trooped in numbers and surrounded the witch.Looking at his face,he was Mariera,a butcher man.

Here is the photo of the man: 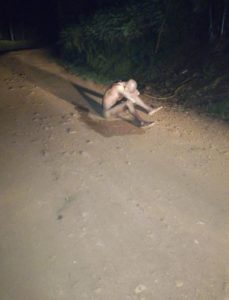 September 22, 2020
Always visit Venas News for latest betting tips which are posted on the website. Today we have a...

September 22, 2020
Mozzart jackpot is provided on daily basis where Ksh10 million is up for grabs daily.Venas News offers free...

September 22, 2020
Our free VIP Betting Tips have been winning since last week and we are excited over that. The...