President Uhuru Kenyatta has officially unveiled footballer Macdonald Mariga to contest for Kibra Parliamentary seat.While welcoming him at State House,Uhuru assured him of full support.Here is the official statement from State House Kenya and photos:

The President wished Mr Mariga, who was accompanied by Jubilee Party Secretary General Raphael Tuju, success in the contest and assured him of his full backing.

Here are the photos to confirm Raila is in trouble: 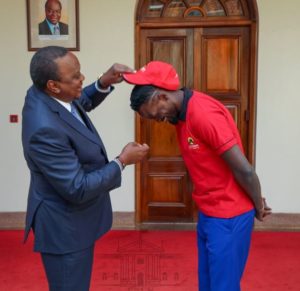 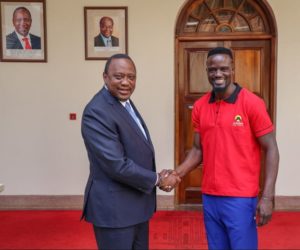