Eliud Kipchoge is one of the wealthiest Kenyan athletes, his wealth is estimated at Ksh 200 million.

The athlete, who hails from the Kipsigis community in Kenya, has won more than 10 major races, taking home in excess of Ksh 300 million. He is ranked as the greatest long marathoner in history after breaking several major records.

Kipchoge owns a Ksh 30 million home in Eldoret and rental apartments, he also has shares in the hotel industry. Currently, the athlete drives a Toyota V8 which is estimated at Ksh12 million,he owns three other top of the range cars.

The athlete, unlike other Kenyan athletes, has invested heavily; he doesn’t waste his income. His wealth might rise to over Ksh 300 million in 2020 if he wins to of the major races remaining in the year 2019. 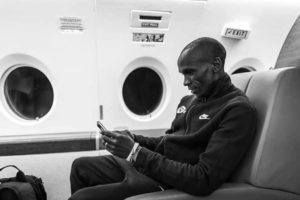 Top 10 most populous tribes in Kenya

How to Avoid Being Scammed Online in Kenya

High risk betting tips are not always risky because sometimes can win big. Today we have several tips we believe are 99%-100% accurate. The...

Review of Betika 17 Games Jackpot For This Sunday:Make Ksh100 Million