The story about the disappearance of 6 million masks and test kits for Germany Army in Kenya might be fake, KAA has confirmed. The body, which is responsible for overseeing activities at the Kenyan Airports indicated that the country did not receive the said cargo.

Here is the full statement:

Following reports in the media that a German army shipment of six million masks meant for protection against Covid-19 virus vanished at Jomo Kenyatta International Airport (JKIA) last week, Kenya Airports Authority (KAA) has conducted an investigation into the matter.

Our investigation has concluded that there was no cargo of this nature that has passed through JKIA for the last two weeks and no missing cargo has been reported to the authorities.

Earlier,media outlets had indicated that Coronavirus testing kits and masks which were for Germany Army had disappeared at JKIA. 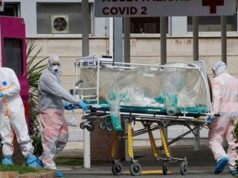