When you meet a man for the first time, there is that excitement that comes which can lead to verbal diarrhea. You find yourself saying things that can put you in trouble. If you haven’t known a man for years, don’t tell him everything—not all men are ready to listen to your bad side.

Here is a list of those things you should not tell a man during your first date:

Never mention to a man that you have done abortion before no matter how excited you are. Some men will not take it lightly, they’ll think you’re so cheap and careless. Even if you get married to him, it’s not a good idea to mention this.

It’s a man’s duty to mention his investments to you. As a woman, mentioning all your assets and investments may scare him. Men feel good when they meet a woman they can control. If they find that you’re richer than him, they’ll never take you as a wife.

Other men will scheme on how to take the assets from you.

Let a man know while you have settled down and not when you’ve just started dating.

Even when you get fired by your current employer, you are not required to badmouth him before your next employer. Even in relationship, don’t badmouth your ex before your new catch. The man may think that you’ll do the same to him when the relationship is over.

Even if you are so broke, never ask for money from your new man until you get used to him. Some men may not take the action lightly. Even me, I will start thinking on how frequent you’ll ask for money in future if you aren’t ashamed of asking for money the first day we meet.

Unless your man asks you about your exes, never open your mouth to tell him about the men you have dated before. In case he asks you to mention, just say two or three, but don’t mention names.

Nowadays most women drink alcohol, which is normal. A man may take you to a pub to have fun and in the process, you find yourself being tempted to ask him to buy alcohol for you.No matter how tempting the situation is, never tell him to buy unless he offers to buy for you. Let him initiate the conversation. 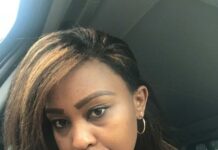