Samuel Abisai won Ksh 221 million from Sportpesa Mega jackpot in 2017.He was the last person to win such a huge amount of money from Sportpesa.The new millionaire in town has talked about his experience after winning the Sh221 million SportPesa Mega Jackpot in May 2017. He says he was confused and it took a year before he started spending his millions, “I was so confused when the confirmation SMS came, but later I prayed. It took a year before I started spending the money.”

Abisai says he did not tithe 10 percent of the winnings, “I did not give the 10 percent but I went to my church asked the pastor what they wanted me to do for them and I sorted it. I also asked the youth and Sunday school kids what they needed and I made it happen.”

He says his father advised him invest the money before helping them, “I asked my dad how I can help him, but he said I should not help them with the winnings but instead I should invest the money and help him when I make profits from the business.” Adding, “Before winning I was setting up a project for my mum and dad, when I won, I finished it. I build a house for them they moved from their mud house.”

He also gave a breakdown of how he spent the rest of the money, “I went to Holland to rest, I had friends there. At the time I was dating a Dutch woman. But she didn’t know I had money because I didn’t tell her, I pretended I didn’t have any but later I told her. It was good for me to go to a country where no one knew me, it reduced the pressure.”

He also helped his boys by investing in their businesses, “I have helped my boys, we have businesses together; One has a garage in Rongai, others I have employed in my company. I have a business with Chinese guys for making paints. I have also invested in real estate.”

He is now married with kids, “I have a wife and she didn’t know who I was when I met her, I realised she is a good lady who builds me. We have two children together a boy and a girl.”

Samuel Abisai is building a house in Nairobi, he still has more than Ksh100 million in his account.

For those who want to win Sportpesa jackpot, you can bet on weekly basis. We can also provide well analyzed versions of the jackpot that will make you a winner.If you need fully analyzed jackpot tips every weekend, pay Ksh1,000 per month or Ksh 500 for two weeks as follows:

We will be sending 4 versions of the analyzed jackpot from Thursday to Saturday every week via SMS.Our winning rate is 15—17 games. 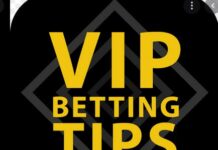 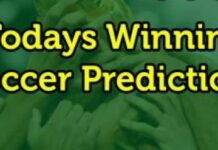