Western Kenya has more than 2 million registered voters .Ruto teamed up with Musalia Mudavadi in order to snatch Raila his western block. It’s now almost 4 months since the ‘earthquake’ happened. Many Kenyans are wondering whether Ruto will get enough votes to make him the president. Based on the response of voters from the region, it’s almost impossible for Ruto to get more votes than Raila but he will get more votes than those Uhuru got from the region.

Ruto will get the following votes from Western Kenya:

One thing you should know is that there is a lot of intermarriage between Luo and Luhya.It’s like a number of Luhya are just Luos.

Another fact is that Raila’s wife,Ida comes from Western Kenya.Raila has also stated in many occasions that he is a Luhya.Most people in this region see Ruto as an outsider.So even if Mudavadi and Wetangula support Ruto,they won’t take all the votes from Raila. 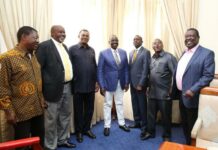 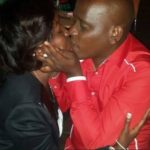