Wafula Chebukati is the Chairman of IEBC,he oversaw the chaotic 2017 elections. There are many details Kenyans would want to know about the chairman.

He has an ancestral home in Kiminini, Trans Nzoia County meaning that Wafula Chebukati tribe is Luhya.He is a resident of Bungoma.

He finally completed his secondary education at Lenana High School in Nairobi County.

Thereafter, Chebukati enrolled at the University of Nairobi for a Bachelor of Law degree graduating in 1985.

He then joined the Kenya School of Law before receiving admission to the bar and roll of advocates.

And now, he is a Master’s degree in Business Administration holder from the Jomo Kenyatta University of Science and Technology (JKUAT).

In addition, Chebukati is an expert in matters of governance and administration.

Years ago, the IEBC boss started a law firm called Cootow & Associates Advocates. The firm is still operational with a specialty in diverse legal services.

Mrs Mary Chebukati is the wife of Wafula Chebukati. She recently came to the limelight and asked Kenyans to pray for her husband.

Chebukati earns an average of Ksh 1.1 million per month. He is the heist paid commissioner at the IEBC.He also earns other allowances, including house and fuel allowances. 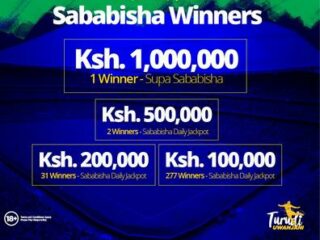