Rarely is a jackpot won more than once, however this has not been the case with the Odibets Laki Tatu daily jackpot.

The jackpot, which has been lauded by punters, has been won almost daily with some punters even winning more than twice.

Recently, David Mutahi, a bio-scientist by profession, won the Laki Tatu daily jackpot after correctly predicting the outcome of 10 games.

“I normally analyze my games with my friends in the neighborhood, we call it ‘Kuchambua’, so after our usual analysis, I placed my bet and went about my business as usual, little did I know that the bet would go through and I would be smiling all the way to the bank,” said an elated Mutahi as he received his cheque from Odibets Country Marketing manager Aggrey Sayi.

The one-of-a-kind promo which had been earlier launched last year before the 2021/2022 English Premier League season saw several punters win various cash prizes just by placing their bets on the sports betting platform. 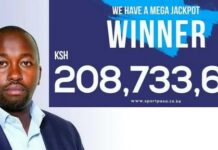 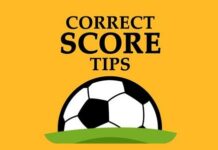 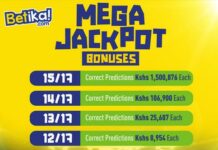 Result of Betika Mega Jackpot for last weekend and bonuses,–her is the winner of Ksh 1.5 Million

October 4, 2022
A total of 15 well analyzed versions for Betika jackpot for 15 games are available this Wednesday. The jackpot is not as hard as...

Best predictions for Sportpesa & Betika Midweek jackpots for this week—here are the winning...

October 4, 2022
Today the number of free correct score tips available are 6 and they contain high odds. These are games you should place as single...

Result of Betika Mega Jackpot for last weekend and bonuses,–her is the winner of...

October 4, 2022
The result for Betika Mega jackpot for last week is finally out and winners have been announced. We are glad a couple of our...

Best predictions for Sportpesa & Betika Midweek jackpots for this week—here...