Maybe as a lady, you are in this kind of situation. You are in a relationship with a guy but you are not sure if this guy is really serious for marriage or has come to waste your time and drive away potential life partners. This article is for you.

In this article, what l intend to do is to show you how you can spot a guy that is serious for marriage and wants to walk down the aisle with you. You really need to take this seriously because your time, prime, resources and potential life partners are at stake. One wrong guy in a relationship with you will waste your time, resources and drive away or block other guys that really want to settle down with you.

So, how will you know that guy that’s promising you heaven and is serious for marriage?

1. He will Introduce You To Important People In His Life: If a guy is serious with you, he will waste no time in introducing you to people that matter to him, his pastor, mentors, family, colleagues, friends etc.

You have being dating a guy for some time now, say 1 year or 2 years and you don’t know who his parents are, you don’t know any of his siblings, colleagues or friends, and whenever you bring up the issue, he will change the topic.

2. He Will Also Want To Meet Important People In Your Life: A guy that is serious for marriage will not only introduce you to important people in his life but will also try to meet important people in your own life so as to make things official and formal.

When you are in a relationship with a guy that’s hide and seek with you, whenever you bring up the issue of him coming to meet your parents, he diverts the conversation or runs off, then you should know that he isn’t serious and you shouldn’t waste your time with a guy that for a year or two has refused to meet your parents or important people in your life. Don’t do that.

3. He Will Stay: For many guys, their number one aim for entering into a relationship is to have sex. Some of them will tell you, “If you love me prove it.” Some of them once you tell them that there will be nothing like sex until after marriage, they will zoom off without looking back. Some of them will threaten you that if you don’t have sex with them, they will break up with you.

But when you tell a guy that there will be nothing like sex until after marriage and he stays, he doesn’t disturb you about sex, and he doesn’t threaten to leave if you should fail to give him sex, that may be a sign that he is serious about getting married to you.

As a lady, one thing you need to know is that sex doesn’t keep a man. If a man doesn’t want to stay with you, even if you give him all sex styles in the world, doggy style, hossy style, scorpion style, cat style, etc., he will not stay. A guy that wants you will stay with or without sex.

5. Subject Everything To Prayers: Prayer remains the master key. So, for your time not to be wasted, for you not to chase away potential life partners, for your heart not to be broken, subject everything to God in prayers.  Ask, and it shall be given you; seek, and ye shall find; knock, and it shall be opened unto you (Matthew 7:7 KJV).

The secret things belong unto the Lord our God but those things which are revealed belong unto us and to our children forever, that we may do all the words of this law (Deuteronomy 29:29 KJV).

You are in a relationship with a guy and you are not sure if this guy is God’s will or even serious for marriage, my sister, you have some prayers to do. You shall not miss it in marriage! 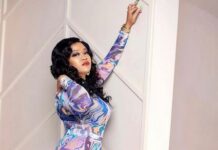