More often than not, we hear cases of Kenyans who have lost millions of their hard earned money after saving in rogue financial organisations.

Many people have fallen victims to such guile plunging them further into the poverty and despair they were struggling so much to get out of.

That is why prior research before entrusting your savings to any financial institution cannot be overemphasized enough.

This list comprises the top 15 best saccos in Kenya that would definitely give you value for your money.

Formed in 1971, this sacco serves a wide range of members from the private sector, parastatals, government ministries, and county governments.

It has a countrywide reach and it aims to enhance saving and investments among its members.

Its core mission is to promote economic empowerment and savings among its members.

As its name suggests, the sacco targets professionals in the accounting sector as well as institutions that offer accounting courses and students.

Formed by the Institute of Certified Public Accountants of Kenya (ICPAK), it is one of the most rewarding saving and credit institutions in the country.

Its members are strictly from Teachers Service Commission (TSC) employees, the teaching fraternity and the sacco employees.

It is one of the largest saccos in Africa and it offers an array of financial services to its members.

With an asset base of around Sh30 billion, stima sacco is arguably one of the leading savings and credit institutions in the country.

Through its open membership, the sacco has grown in leaps and bounds in recent years with branches in Nairobi, Nakuru, Mombasa, Kisumu and Eldoret.

It offers an array of financial and investment services which have endeared itself to its customers.

It was established in 1966 by coffee farmers in Murang’a County before opening its doors to embrace savers from all walks of life.

Later on in 2016, it rebranded to Amica Sacco and presently has at least 18 branches and over 360 agents in Nairobi, Murang’a and Kiambu Counties.

It is one of the best savings and credit institutions in Kenya and has greatly endeared itself to investors through its investa loans where it gives members loans 10 times of the savings.

Despite being open to private sector investors, the main members of the sacco are drawn from government parastatals, county and national governments, National Police Service (NPS) and National Youth Service (NYS).

It was founded in 1970 by a group of small in earners and it has grown over time to reach a membership of over 80,851 with an asset base of Ksh19.85 billion.

Founded in 1975, the sacco has immensely grown over the years into a multibillion financial institution with an estimated asset base of Ksh12billion.

The sacco prides itself with a diverse, broad base of over 10,000 members ranging from the private sector, government parastatals, the Attorney General chambers and the Judiciary.

Formed in 1972, it is one of the top tier saccos in the country whose wide range of quality financial products are such a delight to its clientele.

With an asset base of Ksh 30 billion and Ksh 26 billion loan portfolio, it is undoubtedly one of the best saccos in Kenya.

It was established in 1973 and has members drawn from the Kenya Police service employees, serving and retired police officers, civil service and corporate sector employees as well as the business community.

It started out as a savings and credit financial institution targeting employees in the banking sector.

Since its formation in 1975, it has grown over the years and now covers a wide client base ranging from banks, micro finance institutions, chamas, building institutions to mention a few.

It is one of the leading savings and credit financial institutions in Kenya with a projected Ksh3.655 billion asset base.

It has grown over the years to become a major financier for the medical fraternity since it was officially registered in 1998.

It started as Kiambu Teachers sacco in 1977 before rebranding to Metropolitan National Sacco 2009.

The sacco has grown tremendously over the years to reach a client base of over 75,000.

It boasts of 8 branches and 12 service centers through which it offers topnotch financial services to its target market.

It has an open membership ranging from international firms, non-governmental organisations, missions, embassies among other acclaimed corporations.

Founded in 1985, the sacco has grown over the years offering reliable, quality financial products to its target market.

It was established in 1979, as a member owned and member controlled savings and credit financial institution.

Its client base currently stands at 31,000 members drawn from different sectors including the Teachers Service Commission (TSC) employees, lecturers and university staff, national and county government employees and NGO staff.

Its top of the range diverse financial products with interest rates that are reasonably low interests are such a delight to its clients.

It boasts of over 25,000 members mainly faithfuls of the Catholic Church including catholic institutions.

While saccos are a great starting point for saving, investing and property ownership, financial investment is a delicate process which requires personalized research in order to make the right decision.

This list comprises some of the leading saccos in Kenya and it should act as a guide. The onus to dig deeper and investigate the options before making any serious commitments lies with the potential investor. 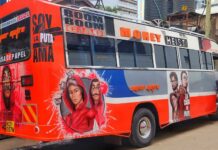 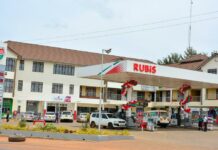 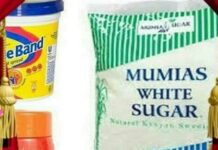 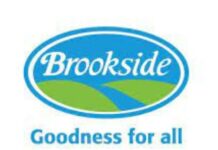 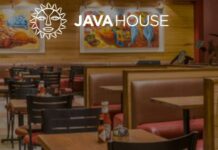