Horrific accident happened on Saturday night at Ndenderu area in the Eastern bypass involving more than 15 vehicles. This was the worst accident to happen in the Kenyan history after almost all the vehicles were damaged beyond repair.

A lorry lost control, plunged into other vehicles. The first vehicle, a car, was damaged and all the occupants died, then several cars were destroyed simultaneously.

Normally an accident takes at most 5 minutes but this one took about 30 minutes. By the time the police were arriving, several vehicles involved in the accident were in motion after colliding with the truck.

Seven people lost their lives on the spot while over 50 others were seriously injured.

It took the police one day to clear the road 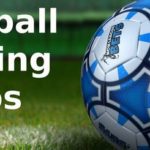