Khaligraph Jones is without doubts one of the best rappers in Kenya, but his bleaching incident has drawn mixed reactions, from even the less dramatic Octopizzo.

In a Facebook post, Octopizzo describes Jones as a spoilt boy who was influenced by cultural shock especially after being exposed to countries like Dubai and China.

“Once upon a time there was 2 Amigos, one of them was called Omolo, Omolo was a short FAT BLACK kid, he always talked very fast and caught feelings easily.
Next to him was his mentor King Octo.
Omolo admired King Octos lifestyle to an extent that he wanted to look like him in reality,but he couldn’t loose weight. 9 yrs later Omolo evolved from taking fast to rapping fast, it took him time though before People could understand why he was saying,people still don’t understand what he’s saying.
But luckily 9yrs later he got a chance to visit Dubai,Landing there Omolo realized everybody was white and brown and he had a massive culture shock coz his accent wasn’t matching his looks;he had crazy insecurities like an Alshabab soldier,He tried to use unga but it didn’t work,then he ran to the next store and got body cream, His mentor king octo tried to reach him but couldn’t coz he was traveling in the United States for business.
He was asked to diss him but King octo said “I can’t diss a light skinned person,am not racist, am a civilized proud African man.
Since then Omolo and King octo haven’t met, but King octo still believes he can change Omolos mind and reverse the experiment.
We will miss you Omolo 🙏🏾 #HappyMothersDay
And as the say goes “Wanalack originality ka photocopy ” all we have of Omolo now is a photocopy
Sincerely Mentor.
Haya Katoe Diss ingine nangoja
Bure kabisa!!”.

Responding to Octopizzo’s sentiments, ones has unkind words against the Illuminati member, saying removing a tint will make him (Octopizzo) quite handsome. 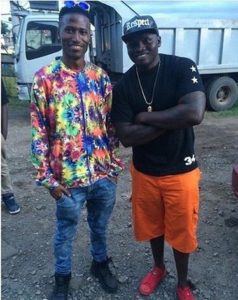 November 27, 2020
Yesterday, all our late night betting tips won, we had posted several odds for free. We have good...

November 27, 2020
We have a total of 11 sure GG(Both teams to score predictions for our subscribers. The total odds...

November 26, 2020
Nowadays nobody is betting on single matches because of tax, people prefer multibets. Our multibet category targets those...

November 25, 2020
Today we are offering sure predictions for Betika Midweek jackpot, a total of 6 versions will be sent...

November 22, 2020
We don’t want any game to disappoint you today, we have carefully selected the tips to send to...