As Kenyan youths continue suffering the brunt of unemployment, the Jubilee party has gave tenders to Chinese companies to print T-Shirts and to deliver other campaign materials.

Photos circulating on social media show Chinese youths heavily investing their time in printing Jubilee branded T-Shirts in Beijing, which are expected to be delivered into the country any time from now. It’s believed the tender was awarded to a Chinese company early this year, which pocketed more than Ksh 1 billion.

While we know there are several able companies owned by youths in Kenya, it’s with a lot of disappointment that these youths openly expressed their frustrations towards the government which has for the past 4 years turned a blind eye on them.Kenyans remember vividly how Jubilee promised to create a million jobs annually, a promise that is yet to be fulfilled.

As if printing t-shirts is not enough, the ruling party intends to import thousands of campaign vehicles and trucks. The tender will be awarded a foreign company, leaving Kenyans “eating with their eyes”.

To prove Jubilee does not care for the plight of a Kenyan youth, here is the infamous photo. 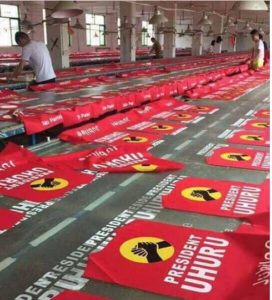 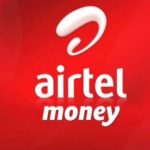 January 13, 2021
The process of sending money from Airtel Money to MPESA is simple. Before you send money, ensure that...