Former Nairobi University Student Leader, Irene Kendi ,has declared she will not have S€x until Uhuru becomes president again.

In her Facebook post, Irene says she has strong emotional attachment towards the president; hence she won’t stomach anything less than his win.

“I will not have s€x from today till uhuru becomes the president Again and Linturi the senator for meru county starting now”.she wrote.

Irene can be remembered for publicly claiming she came very close with the president some years back, which is the reason she supports his re-election. She has now abstained till August 9,2017.But what will happen if Raila wins?!!!! 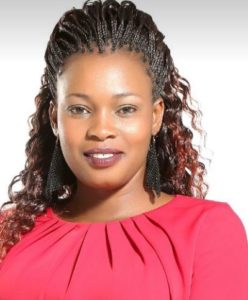