Julius Mwiti is a thief, according to a Facebook user who reported the photographer. Julius AKA MR CROSS reportedly took Ksh25,000 from the man who was planning  a wedding and disappeared with the cash, he later blocked the victim’s number.

Below is what transpired.

“Evil man. He killed my wedding. He is popularly known as MR CROSS a.k.a Julius MWITI Kirea. He has a FB account called Cross de Mentor. He rates himself a Celeb. He is known for the hit song. ‘Hatutakufa hadi ndoto zetu zitimie.’ I paid him Ksh. 25000/= as deposit for services of video coverage, photography, public address system and M.C. in my wedding. He was to do it with his team called TEAM CROSS. I wanted the very best of wedding so I was not leaving anything for chance. I gave him the design and picture of my dream wedding. I drew the program and guided him on the music to be played. He promised me that I’ll get better than the best and my wedding will be of its kind I easily trusted him since I him as a man of God, a God fearing man, A GOSPEL MUSICIAN. Then the wedding day finally came, I woke up excited only to receive a message in my phone. It was from him ( MR. CROSS). He told me he won’t attend the wedding! He sent me a phone no. Of another person to negotiate with him for the services. I called the number but the person money deposit which I didn’t have as Mr. Cross didn’t refund. It was very cruel of him. As if that was not cruel enough He went ahead and blocked me so that a can’t reach him on phone up to date two months down the line and has gone underground. Isn’t that evil enough? Imagin, it is my wedding day and no camera, no videographer, no photographer, no public address system and no mc and no money to pay any who might avail them self. The Godly Mr. Cross placed me there on my most important day of my life. Anyway the wedding went on without pomp but colour! If you see Mr. Cross, tell him I’ll come to him like a demon. I’ll not let go” 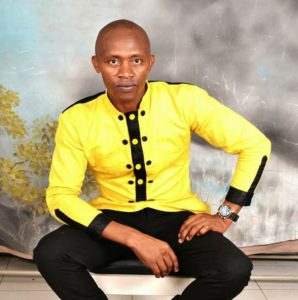