Former NTV news anchor, Larry Madowo, has lived 9 lives.In 2008,he was hired by KTN as a Trainee Business Reporter. He was fresh from college and naïve of the working environment. Being broke and shy, he had no option but to wear what he could afford.

The incoming BBC journalist narrated what happened during his first day at KTN and how life has turned out over the past 10 years. Here is his short testimony:

“Exactly 10 years ago today, I started out as a Trainee Business Reporter at KTN.

Do not despise small beginnings. Thanks to everyone who made my dreams come true. I’ve been blessed immeasurably.

To those on a similar path like mine, don’t let anyone put you down. Godspeed!”

If you think you performed dismally during your first days at work,here is Madowo’s photo….this is real TBT!! 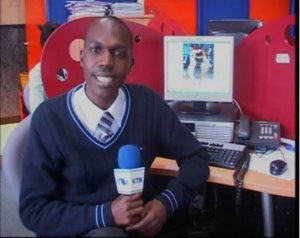 Several games will be played tonight and it’s a time you should make money. We are offering accurate betting tips to all our readers....

1xBet Kenya login for all fans