Agriculture CS Mwangi Kiunjuri’s latest photo has shocked Kenyans. In the photo,Kiunjuri looks weak and thin,almost blown away by wind.

Mwangi wore a khaki trouser, which clearly was bigger than him.Thise who saw him concluded that there’s something not right.

The CS was previously in Devolution Ministry where he oversaw numerous projects. He was succeeded by Eugene Wamalwa.

For those who have seen Kiunjuri’s latest photo,here is how he looks 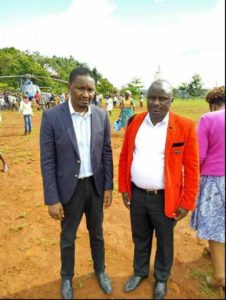