City Lawyer Steve Ogolla has claimed that Kalonzo Musyoka is not legally allowed to run for president because he is time barred. The lawyer, whose experience in legal practice is notable, confirmed that since Kalonzo signed agreement with other Azimio stake holders, it’s impossible to run for president.

“Hon. Kalonzo Musyoka cannot lawfully be permitted to run for President. Wiper Party is part of Azimio-One Kenya Coalition Party. In short, Wiper already nominated Raila Odinga as its presidential flag bearer. They cannot have a second bite at the cherry”,Ogolla confirmed in a Facebook post.

Kalonzo bolted out of Azimio today and announced that he will be running for president.He selected Sukuli as his running mate.However,Raila Odinga gave him the position of Prime Minister if Azimio wins presidency.

Kalonzo has been a thorn in the flesh of Azimio, clearly indicating that he is being remotely controlled.His indecisiveness forced Azimio to name Martha Karua as their running mate. 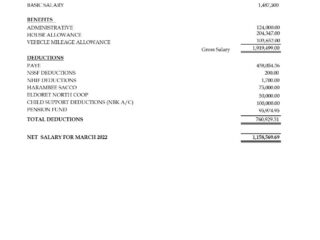