Arsenal have launched  new stunning Kit for the upcoming season.The kit which has been described as one of the most creative and gorgeous was launched this week in a ceremony at Emirates stadium.

Describing his feeling Bellerin said: “It’s really nice. It’s red and white like always, like people like it. It’s got nice features. The collar, I like it, it’s stylish and I think it will look good on all of you.”

Those who were present during the event include;Thierry Henry, Hector Bellerin and Santi Cazorla were joined on stage by Danny Welbeck, Nacho Monreal and Tomas Rosicky to model the new strip. 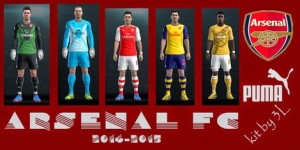