A total of 7 police officers, including one Recce Squad member, were killed by this man, Abdihakim Maslah.

It is reported that Abdihakim was a member of Alshabaab group, which has claimed several lives since 2013 when Kenya invaded Somalia.

On Thursday morning, the graduate of Kiganjo police training college took a gun and killed the following police officers:

He was later gunned down after several hours of ambush. 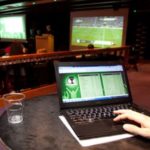