Deputy President William Ruto’s traditional house in Sigoi made President Uhuru laugh uncontrollably.The house, which was Ruto’s home, stands alone in a one acre piece of land and it’s where he was living before retired President Moi rescued him from poverty.

The DP had attended a funeral of his brother Harrison Kiptoo who died from kidney failure at Nairobi Hospital.

He now lives in a Sh250 million house in Karen and is building another home in Eldoret.The ‘hustler’ lives in the first lane despite starting life in abject poverty.

Unlike Uhuru who never tested poverty, Ruto’s second name was poverty when he was a boy. He would walk bare footed to school, wear torn clothes and eat nothing over lunch time, but despite all that he is the Deputy President.

See where he was living during this time. 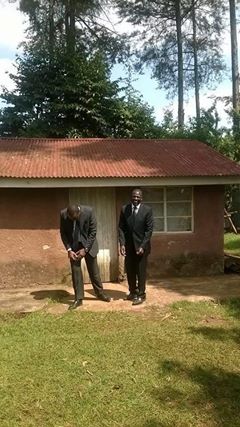 September 26, 2020
Today’s Bet254 jackpot has so far gone so well and we are expecting to win something good.the total...

September 26, 2020
We are glad that already all our tips that we sent to our subscribers have already won, but...

September 26, 2020
High risk betting tips are those matches which have high chances of winning but should be placed as...

How to Deposit Money into Bongobongo via MPESA