Christians and visitors were shocked when Pope Francis fell during a visit to Czestochowa, Poland. The pontiff was walking on stage, about to address the waiting crowd, but suddenly fell.

The 79-year-old pope, who hails from Argentina, was quickly helped to his feet by other religious figures. He subsequently took to his seat, continued the Mass and read his homily normally.

The incident was similar to one involving Zimbabwe President when he fell years ago during a function. 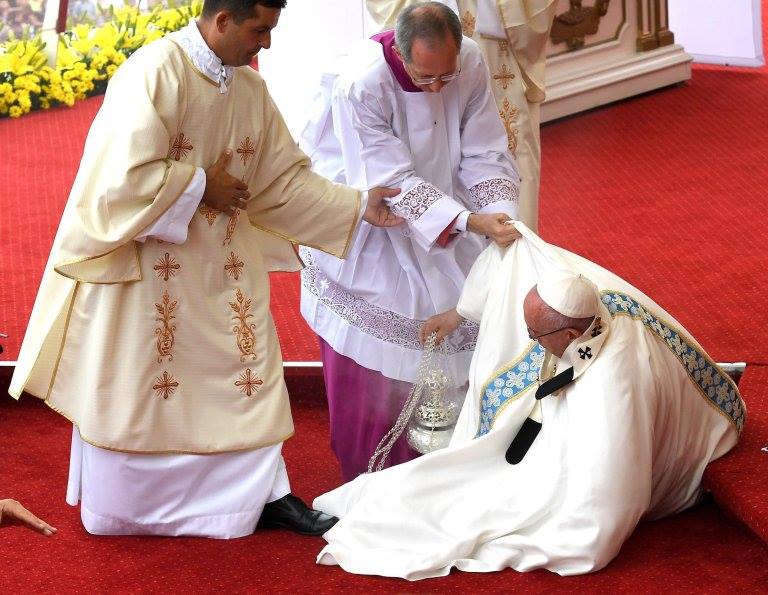