As of today morning, Mike Sonko was leading with a margin of close to 120,000…the margin is widening as votes trickle in.

Total tally has not been announced but according to sources close to Jubilee Party headquarters in Parklands, Sonko has so far garnered 164,300 against Peter Kenneth’s 72,600.Six constituencies are due to submit their results.

As it stands ,Sonko will be the official Jubilee nominee for Nairobi governor and possible the incoming governor for Nairobi.

Additionally, our analysis show that Kidero will be humiliated by Sonko in the ballot, just like Peter Kenneth. 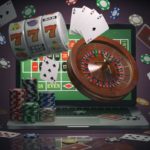