Barely hours after US suspended aid to Kenya’s Ministry of Health, NASA leader Raila Odinga has written a strong statement to condemn corruption in the ministry.

The self-proclaimed Joshua said he had warned Uhuru about the tsunami but the president gave him a cold shoulder, then things happened.

The statement, which Jubilee bloggers and politicians would be more than happy to avoid reads:

PRESIDENT MUST COME CLEAN ON US GOVERNMENT PROBLEMS WITH KENYA MINISTRY OF HEALTH:

When the Ksh5.3 billion scandal broke out at the Ministry of Health, we in Opposition raised concern that unless President Uhuru Kenyatta and the Jubilee administration moved with speed to address the matter by arresting suspects, arraigning them in court and recovering the money, the country would pay a heavy price with the poor and vulnerable sections of society suffering the most.

Most importantly, we expressed concern that the mess at the Ministry of Health could antagonize donor agencies that have been at the forefront financing key health programs like HIV/AIDs, Malaria, TB and maternal and child care unless it was addressed comprehensively and expeditiously with the criminals punished.

President Uhuru Kenyatta and his Jubilee administration reacted by defending the suspects, calling the Opposition names and rolling out a series of public relations activities meant to sanitize the theft and shield the thieves.

Today, what we feared has come to pass. The US government has taken the unfortunate step of suspending its support for Kenya’s health sector because of corruption in the parent ministry.

This effectively puts to and end years of work that USAID through the President’s Emergency Plan for AIDS Relief (PEPFAR) has done to combat the HIV/AIDS.

Since 2003, PEPFAR has enabled Kenyans living with HIV/AIDS to access the treatment and care they need while also gaining the knowledge to eliminate the spread of the disease from mother-to-child and partner-to-partner. Also at risk is US investment in reducing the burden of Malaria, one of the leading causes of morbidity and mortality in Kenya.

Kenya has been a focus country of the U.S. President’s Malaria Initiative (PMI). US support has also been critical to ending preventable maternal and child deaths through the continuum of care, including antenatal care; skilled birth attendance; essential newborn care; and post-partum care and prevention and management of common childhood illnesses at the community level.

The Jubilee has responded to the US suspension of the vital support with the usual hubris, propaganda and misinformation. The Ministry of Health, purporting to be speaking for the US Government, has claimed that funding for programs like HIV/ AIDS, Malaria and maternal and child deaths have not been affected.

It is common knowledge that the architects of the Ministry of Health scam, are highly placed people in Jubilee government and relatives and friends of the President.

ESTAMA LTD, which was paid to supply 100 container clinics at Ksh1 million each, which it never been supplied, is associated with people in the Presidency. Sandales International Ltd, which was paid Ksh41 million, features relatives of the President like Kathleen Kihanya, Nyokabi Muthama and Samson Kamiri. Life Care Medics, which earned Ksh201 million, is associated with Richard Ngatia and Paul Ndungu, individuals the President cannot claim to know nothing about.

Only recently, the man who supervised this grand theft, Dr. Nicholas Muraguri, was transferred to a more lucrative ministry instead of being sacked and prosecuted.

We challenge President Kenyatta to come clean on this scam, arrest its architects, arraign them in court and recover the money lost to enable the country make peace with donors and continue getting the support that we desperately need.

We challenge President Kenyatta to stand with the ordinary women, children and poor people living with HIV/AIDs for whom PEPFAR and other US programs on health was the only source of hope.

The President needs to understand that Kenyans are running out of patience. This betrayal of our citizens must come to an end. 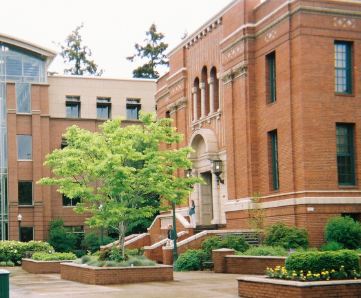