Nairobi Senator and upcoming Governor Mike Sonko possess more than 100 cars,most of them valued at Ksh 8 million and above.Some of the notable vehicles include Gold plated Toyota V8,Range Rover and several other classy toys.

The senator’s flamboyancy is attributed to his net worth,estimated at Ksh 15 billion.

From rags,Sonko has risen to become one of the most influential politicians in the country.He is now considered one of the key pillars of Jubilee government.

Below we have sampled some of the elegant and classic cars owned by Mike Mbuvi Sonko. 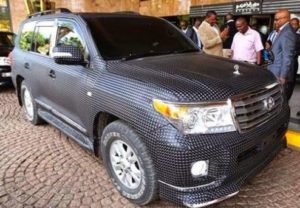 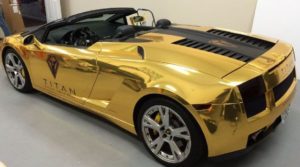 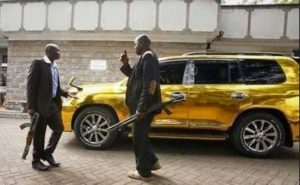