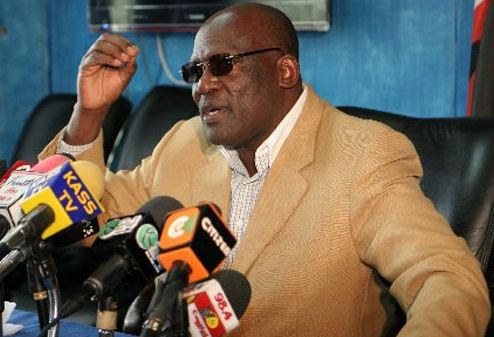 Machakos Senator Johnston Muthama is expected to Join Jubilee any time from now.

It’s reported that Muthama is considering a move to the ruling coalition after his relationship with NASA leader Kalonzo Musyoka deteriorated beyond repair. The Senator has held several meetings with Jubilee top leaders, where he has assured them of his support in the August polls.

News reaching us confirms that Raila, who is heading the NASA coalition, has given Muthama a go ahead to leave the coalition. This is after Kalonzo told the former Prime Minister to choose between Muthama and him, arguing that the Machakos leader is a stumbling block to the NASA coalition progress. It is also said that efforts by Raila to reconcile the two leaders hit a snag even after 3 secret meeting were held in Nairobi and Machakos.

Muthama recently shelved his plans to vie for Machakos Senatorial seat and instead opted to support Raila for president. But his action was followed by wooing from Jubilee leaders, which have borne fruits. It is now a matter of time before Muthama starts parroting from Jubilee.

It can be remembered that Muthama is one of the top financiers of Raila Odinga and his exit will leave a huge  financial vacuum in NASA.