The Kenyan problem is Kikuyu supremacism which under UK has acquired an apartheid and fascist angle. The Supremacists feel that it’s only a Kikuyu who is ordained and qualified to rule.

In their narrative, if a Kikuyu is not in power, then Kikuyus will be targeted and annihilated by any other president. It’s only the Luo elite who have actively rejected that narrative successfully and debunked it. Jaramogi knew the cynical scheme from day one. That is why Kikuyus loath them, for refusing to submit to Kikuyu supremacy. The mafia has rented Bishops, elders, media, opinion polls, banks, professional associations, professors, foreign envoys, and the brute force of guns, politicians from other communities, even prophets and Judges with our stolen taxes to ensure Kikuyu supremacy is called god ordained.

The others after all have yielded to this narrative. The Kalenjin have shown that they are ready to play second fiddle as anointed by association next to the Kikuyu. Moi entrenched this narrative by targeting only the Kikuyu intellectuals who gave the struggle a class and not an ethnic angle detaining them, and exiling a good number. He was always at home with the Kikuyu capitalists, Kibaki was VP, then Karanja, then Saitoti and over to Uhuru.

The Kikuyu elite are the only ones anointed for ruling over Kenya. That is their role in the division of labour.

The rest of the ethnic groups including the Kikuyu masses have five roles in the division of labor;

Is the problem RAILA, remember he has never been. Wrong diagnosis has always led to poor even dangerous prescription. There can never be free and fair election which may upset this arrangement.

A lie has been created to divert attention… That Kikuyus have tyranny of numbers? This is a white and empty lie, no numbers. Do you know of a Kikuyu friend born after 1970 with more than three children? Luyhas are right now more than Kikuyus who controls the census? Kikuyus. Kakamega County has 2.1m people but only 750k voters, yet Kiambu has 1.8m people but 1.18m voters. Is that possible? No of course that was a register cooked to legitimize tyranny of numbers and audited by Mwaura of KPMG.

Another census is coming up in 2019… That is why all this do or die to retain power… Uhuru must be in charge of the census like Moi and Kibaki before to favour a narrative that the Kikuyu and now the Kalenjin have tyranny of numbers and it’s only Kikuyu elite who must control the state system and economic power for Kenya to survive as a going concern. Luyhas, Kambas, Luos, no no!! Did they fight for independence?? Do they know how to manage the state or the economy? Prof. Larry Gumbe says that this despotic, predatory state is on its death bed and must be buried, but you see the Ababu Namwambas, the Lusakas, Chris Obures, Musilas, Nyenzes, Tujus, Alfred Mutuas, Hassan Omars, Mung’aros, Duales of Kenya going round and round saying they are ready to die for Uhuru and Ruto and that those like Kalonzo Musyoka and RAILA challenging this despotic system don’t want development for their people. Sad, but understandable because these are house Negros. Let’s have this Kenyan conversation once and for all. 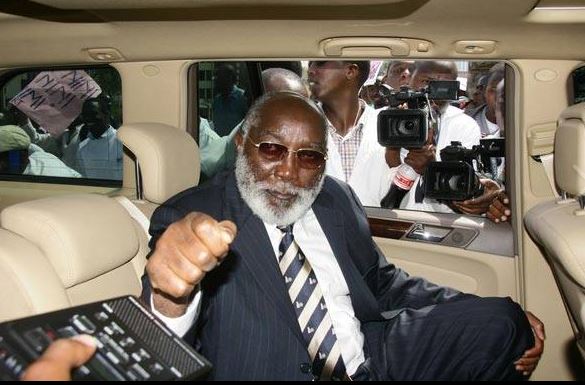 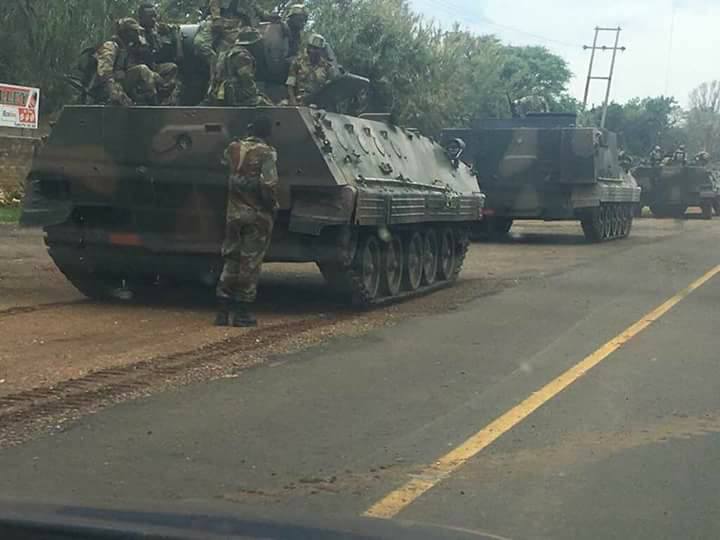 Mugabe’s Home Surrounded as Military Plan To Overthrow Him. Here are Photos from Zimbabwe