Deputy President Ruto’s friends have suggested that lifestyle audit should start from 1963.

Led by MP Oscar Sudi,the outspoken politicians said if Uhuru wants the audit to be successful he must backdate the audit to 1963 when Kenya gained independence. This way, Kenyans will know how some Kenyans acquired huge trucks of land at the expense of common citizens.

“If the president wants us to undergo lifestyle audit, let him backdate the process to 1963 so that we can know how some Kenyans acquired 500,000 acres of land when others don’t have any”,Sudi said amid cheers.

Kipchumba Murkomen on the other hand said Kenyans expect politicians to be rich .He added that most politicians fake it so that they won’t be seen as paupers by their subjects.

Last week, President Kenyatta ordered for the lifestyle audit of all politicians, starting with him and his deputy so as to determine sources of their wealth. But will Ruto accept to be audited?!!! 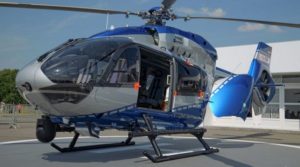