A month ago someone was approached for recruitment to the Middle East. The agency was purporting to be recruiting for jobs abroad with amazing pay.The individual paid Ksh 150,000 and travelling documents were processed on time.

Two weeks later he traveled to Saudi Arabia. Immediately he arrived, his family lost communication and any efforts to reach him were futile. Later, information came that he was killed and his body organs sent to buyers in another country.

Following that unfortunate incident, individuals were alerted on the reasons they should not trust any agency recruiting for jobs abroad.Below is the media alert: 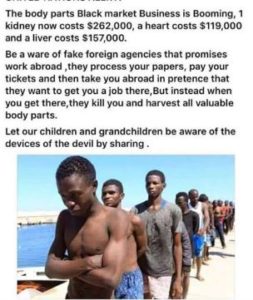