Kibra MP Ken Okoth has released his latest photo, it’s not the Ken we know, he has lost over 40kgs.

Ken is in France for cancer treatment, he has been there since 2018 when he was diagnosed with the terminal illness. The best performing MP, who shocked Kenyans by claiming that his disease is not curable, is expected to live in France until further notice.

Cancer is the same disease that claimed the life of former Safaricom CEO Bob Collymore.The worst thing about this disease is that doctors tell you the exact days you will live on this earth.

Here is the latest photo of Ken Okoth: 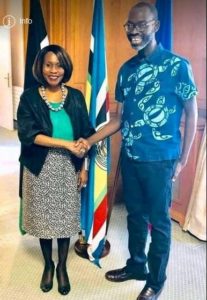