Kevin Ochieng is one of the many Actuarial Science graduates who are jobless and hapless. Kevin scored A plain from Maranda, joined the University of Nairobi for a degree in Actuarial Science and graduated with a first class in Actuarial Science. His hopes disappeared as fast as his dream after making thousands of applications without anything worthwhile forthcoming. He is among bright graduates staring at a blurred future even after doing everything right in life.

Highlighting of Kevin’s story opened a Pandora’s box where several graduates came out to narrate their sad stories. Here are some of the stories; 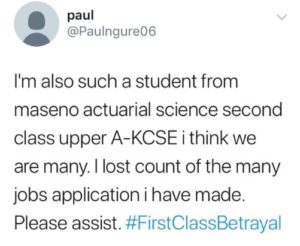 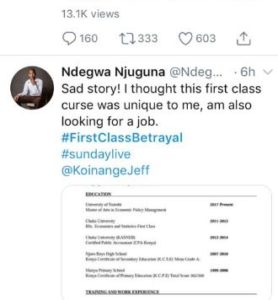 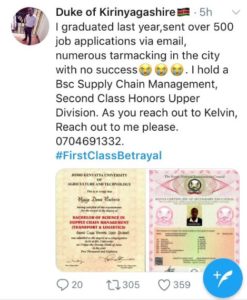 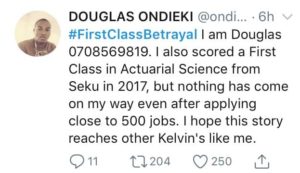 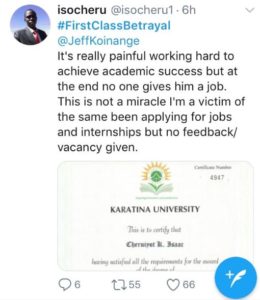 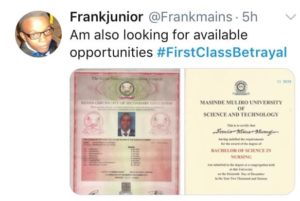