A list of counties with highest number of HIV cases in Kenya has been released. A recent report by National Aids and Sexually Transmitted Infections Control Programme (Nascop) revealed that more than 1.5 million Kenyans are infected with HIV where majority of them are from Nyanza, Nairobi and Western Kenya.

The report shows that Homa Bay,Siaya,Kisumu,Kakamega and Migori are leading which new infections, they also have highest rate of HIV prevalence.

In Homa Bay ,more than 20% of residents are infected with HIV,Migori and Siaya the same.

Here a list of counties with highest number of HIV cases in Kenya: 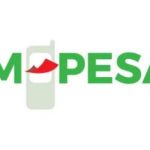