Raila is breathing fire,he has directly attacked Uhuru.Here is what he said that shocked Kenyans:

KENYA CANNOT SURVIVE A SUPREMACY WAR BETWEEN ITS INSTITUTIONS.

One of the doctrines on which our constitutional order is built around is that of the “Separation of Powers.”

The doctrine requires that the executive, legislative and judicial functions of government are held by different institutions and that none of the institutions interferes with the function of the other.

Before we gave ourselves the 2010 Constitution, we had gone through an era where this doctrine had been abused and the Executive branch of government had interfered with the functions of the other branchess, making democratic governance impossible.

Through the 2010 Constitution, we re-calibrated our constitutional order and pulled ourselves back to the democratic ideals we aspire to.

Unfortunately, it now appears that in doing so, we have ended up with a catastrophic and extreme swing of the pendulum as our three branches of government try to find their respective positions in the constitutional order.

Over the last decade, our three branches of government have been locked in a competitive relationship instead of complementary that has seen the nation swing from one absurd state of affairs to another.

Yet the fact is that no one branch of government can help Kenyans solve their problems without the help of the other. No one institution can become the sole and undisputed liberator of the people of Kenya. Any attempt by any one arm of the government to outshine the others or to show that it’s the one that matters the most only works to hurt the common Kenyan and the interests of the nation.

The Executive needs to govern, but it cannot operate without resources which it can only get from the people through the authority of Parliament.

Parliament may make laws, but it needs the Executive to enforce those laws and the Judiciary to interpret them in actual situations.

The Judiciary pronounces what is legal and what is not. Yet it needs laws from Parliament to interpret and the Executive to enforce its decisions.

In the current stand-off between the Judiciary and the Executive, this sense of the intertwined fate of the branches of government seems lost.

I would therefore appeal to all the leaders of our three branches of government, the President, the Speakers of the National Assembly and the Senate, and the Chief Justice, to urgently seek common ground in their respective powerS in order to achieve a more effective government of the people, by the people and for the people.

In doing this, each must avoid a theoretical pursuit of ideals that don’t serve the people.

In the current stand-off over the refusal by the President to appoint six out of the 41 judges nominated by the Judicial Service Commission for superior courts, I challenge the Executive arm of government, to share with the Judiciary and the public the concerns and evidence that led to the rejection of the six.

The country deserves an informed debate rather than a shouting match on this critical matter. The people of Kenya deserve to know why the various branches of their government take the positions they do on an issue critical to nation as appointment of judges. 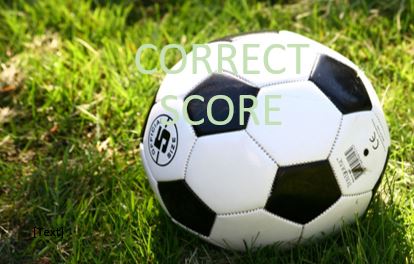