Piki Piki Ponki are words used in a Luo song .The words represents a person who has stopped being serious and deviated to less serious activities.The words were used by Willis Otieno to demonstrate how Wafula Chebukati announced presidential result. In his words, Otieno said,”Chebukati stopped tallying and verifying the result, he started doing piki piki ponki Paka Mielo Disko”.Before he completed saying the words,he was intercepted by Smokin Wanjala who told him that the words are alien to the court.

Willis Otieno is one of the lawyers challenging the announcement of William Ruto as the president elect.Other lawyers include James Orengo,Paul Muite and Philip Murgor.

Willis Otieno is among the most experienced Kenyan lawyers who represents big and small clients. 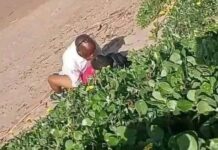