Home LATEST NEWS SAD!!!Philip Etale Narrates What Happened To Him When He Was Sprayed With...
Twitter
WhatsApp
Linkedin
Email
Telegram

Philip Etale,the ODM Communication Director, has narrated what happened to him last night when poisonous liquid was sprayed on him.

While in hospital, where he is recuperating, tale narrates:

Dear God, I once again thank you for giving me another day to LIVE. Last night’s ordeal was heartbreaking. At some point, I almost gave up on life. It was so painful and left me asking many questions. I have woken up still in shock and tears rolling down my cheeks, not that I am not a MAN but because of thinking of the motive behind the attack. This is the story… I walked into the popular food joint Ranalo at 7pm to eat traditional vegetables with brown ugali (for those who don’t know, I am revealing for the first time that after the loss of my mom and son in a span of one year, I went into depression in June 2015 that saw me end up at Aga Khan hospital Nairobi in an ambulance. Tests were run and was told I had developed Sugar Issues. My sugar levels at the time were at 38.3… the highest. Since then I have been managing this condition by eating traditional food on most ocassions)… I was in the company of my friend Phelix G-cord and later joined by my other friend Eng Onyango KevinKevin and later by my old best friend Oliver Mugo. As usual, I couldn’t end my stay at Ranalo without acknowledging greetings from the many people who know me. I love making friends. I had a good time with my friends and decided to leave at 10:10pm for my house to rest for the day. I parked my car outside I&M building. So I parted ways with Kevin and Mugo who reside along Thika Road and started walking towards my car with Phelix who was slightly ahead of me as I had to stop outside Nation Centre to greet someone who only told me “Etale I am from Karatina and I love what you do”. I started walking towards CFC Stanbic bank slowly so that I could catch-up with Phelix who had already crossed the road. While in the middle of the road, a small saloon car drove by and I stopped to let it pass. I didn’t see the number of occupants. All of a sudden, just in a split of a second, some pulled out, sprayed some strong substance on my face and directed into my eyes and the car sped off towards Total gas station on Kimathi Street. The substance got me confused and had me start shouting for help. Luckily, Phelix had me scream and came back. He shouted out Kevin’s name and together with Mugo who were walking past the Bata shoe shop, rushed to the scene. I lost my conscious and Phelix reached out to the car as Kevin and Mugo looked for water to clean my eyes. I was in total pain. They rushed me to Nairobi Hospital. I recollected myself after the quick response by the doctors and nurses on duty. Then I could see some of my friends Lee Makwiny Adede Adede, Charles Mark DienyaBenson Musungu among others by the bedside. I had started seeing although the pain was still unbearable. I was released to go home at around 1:30am. Dear friends, I asked God many Questions including ‘WHY ME?’. I have not taken anyone’s anything, I have not eaten what doesn’t belong to me. God has been so faithful to me. I don’t know the intention of the people in that Saloon car but God will reveal to me some day. The doctor said it was highly concentrated pepper spray that people with bad intentions use on their targets. I feel pained. I feel harassed. I feel targeted. I feel so so BAD. But it is well. I don’t want to speculate but leave it to the Almighty God. Amen. 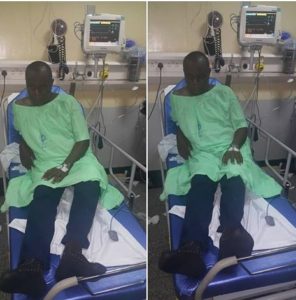 January 27, 2021
A total of 12 GG(Both teams to score) football tips are available today for our subscribers, total odds...