What is more interesting about SGR is that you will take a maximum 5 hours from Nairobi to Mombasa, which is  4 hours less than what buses take on the same route.

The most amazing thing is that the comfort in the SGR is so heaven. This is motivated by the lack of traffic jam and potholes, the speed, too, is constant.

Below is the breakdown on fare costs and travel hours for buses and SGR train. 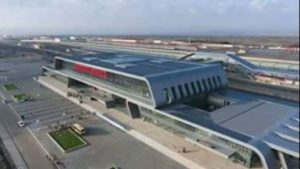 January 10, 2021
It’s only Mozzart which is available today but it’s worth betting for because the bonuses awarded to winners...

January 15, 2021
We are excited to note that this weekend, we must produce hundreds of bonus winners of Sportpesa Mega...

January 11, 2021
The result for Sportpesa Mega Jackpot is out and over 5,000 Kenyans won bonuses. The first person got...