Brian Bera,JKUAT student,has been shot and injured by security officers after he was spotted jumping the fence to attack State House with a knife.The student had earlier warned that he would attack State House. 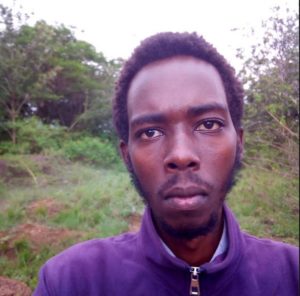 “To: Thief President Uhuru Kenyatta and his partners

God has sent me to execute judgement on every thief and every partner of a thief.

“Before then,he had posted this:

It is a spiritual war.

The devil has no power to kill me. He may only torture me.

I will not allow myself to be captured because I will be tortured with drugs.

Remember Samson was never killed by Philstines. Only torture.

I am dropping out of school. Schooling is torture and spiritually satanic. It drives me away from God.”

It’s not clear who the student was aiming at but since he was at State House,it seems he was targeting someone big.

Here is the photo of the student: