KRA has refuted claims that they will start taxing dowry payments to raise revenue. The institution took to social media to deny that they are planning to raise funds through taxation of dowry payments.

The story, which appeared on one of the blogs in Kenya, indicated that due to financial hardships experienced by the government, KRA will move with speed to implement tax on dowry. The blog claimed that the taxman may even be forced to backdate their database so as to widen the tax bracket. In response, KRA said the story is fake and it should not worry anyone.

After reading the story, Kenyan women begged the government not to take such unpopular step, saying that move will scare men from getting married.

Currently, the average dowry paid by Kenyan men is Ksh 150,000. If KRA had to tax this dowry, it means they will chop over Ksh 20,000 from each individual. 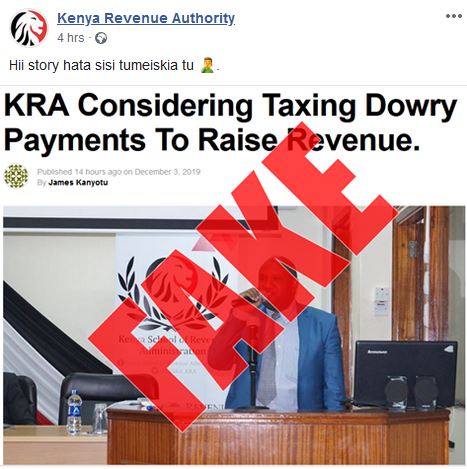